It’s like a march on Washington DC – timing is everything. 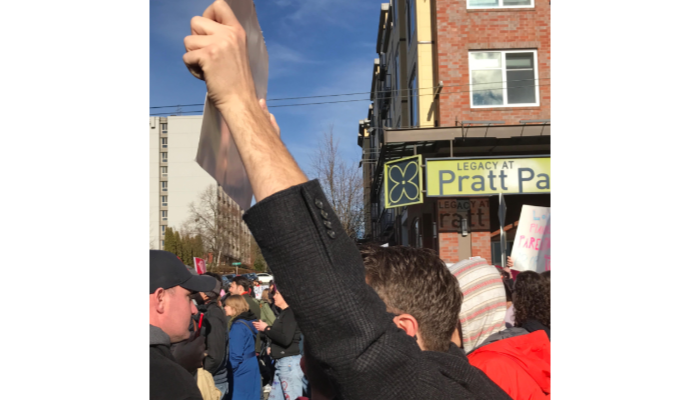 And like a march on Washington DC, if the event is scheduled after decisions are made, it’s not even worth being there.
In two weeks the semi annual AAFCO meeting is underway. Rarely do manufacturers of real pet food, members of NexGen PFMA, participate in these meetings. One manufacturer of real pet food once asserted she didn’t understand why she should be at the AAFCO meeting or what it does for her. By contrast, manufacturers of conventional pet food, kibble, canned etc., are present at AAFCO meetings in droves.
What do they know that manufacturers of real pet food don’t know? What they know is all of the decisions that affect their industry are made in front of and behind closed doors at AAFCO meetings. Because the preponderance of representation at AAFCO is for conventional pet food, regulations are made for conventional pet food.
It would be naive to assume these regulations apply to all types of pet food. As a manufacture of real food, you know what applies to kibble does not apply to real/whole food ingredients.
How does the above information relate to a poorly timed march on Washington DC?
In a recent meeting of advocacy leaders, Dr. Karen Becker shared the following sentiment regarding the lack of involvement of small manufacturers in the regulatory process: “If you’re not a part of decision making you are inadvertently a victim.”
In that same meeting Susan Thixton – who has been attending AAFCO meetings for more than a decade on behalf of consumers – stated “lack of involvement in the regulatory process is the biggest mistake small manufacturers can make. Regulatory authorities can and do abuse those that don’t fully understand how the process works.”
Those companies that are not actively participating in regulatory processes now will learn the hard way when it turns out they are sitting ducks and they are being regulated by laws that have no logical basis regulating their products.
This is a bold statement considering every pet food manufacturer knows the state laws for each state in which their food is distributed. Or do they? Or is it just that the manufacturers know the law which applies to distribution of food but not actually the laws that apply to regulation of the food?
Right now, many manufacturers of real pet food, those which meet the true definition of the law under 21 USC 321(f) ((“food” means … articles used for food or drink for man or other animals) and do not violate 21 USC 342(a)(5) with adulterants (“A food shall be deemed adulterated…if it is, in whole or in part, the product of a diseased animal or of an animal which had died otherwise than by slaughter”)), are sitting back hoping somebody else gets shot while they lay quiet and avoid notice by regulators.
Unfortunately, each time the regulators shoot one of these sitting ducks, the regulatory aim gets better, until your company becomes the next target.
It is and continues to be my pleasure to represent manufacturers of real food ingredients and real pet food at regulatory meetings where NextGen PFMA sits at the decision making table at the pet food committee, ingredients definition committee, and others, representing real food manufacturers. Will you get involved before decisions are made, or afterwords?