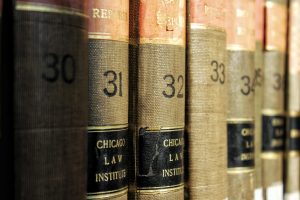 Whether or not you used the opportunity to tune in for free to the AAFCO meeting  (August 5-7, 2020) to get a taste of how things run, here’s an overview of the salient discussions. (If you did tune in, please shoot me an email and let me know your impressions.)

The most concerning change was a move to align the animal food industry with the FDA’s One Health mission – AAFCO approved changes in their definition of adulteration away from federal law as contained in the Federal Food Drug and Cosmetic Act. This change was made in spite of objections from every single trade association represented at AAFCO. and just under half of the participating regulators.

This seems like a small change. To some, it might seem inconsequential. When one considers the importance of cleanliness and not transmitting coronavirus (for example), this change seems logical. The issue becomes more clear when one considers that what is natural for a dog, a cat, a horse, a cow, a guinea pig, a human or any other animal is not the same. To have the same health standards for a turtle as for a human is illogical. Rabbits eat their feces; this is required to maintain their lives. Clearly, coprophagy (eating feces) is not required for human life.

It sets a dangerous precedent to expect animals to be held to the same health standard as humans.

It is more concerning when one realizes this proposal was brought forth by the FDA. Rather than make a change to the federal law through proper administrative procedures, this “minor tweaking” of the law works to undermine federal law at the individual state level.

In the not so distant past, AAFCO regulators made minor changes to the definition of food, to include making food and feed synonymous (read more here). For those who wish to distinguish the quality of their pet food product, food and feed are not synonymous! Subtle “editorial” changes like these deteriorate the integrity of the system. The next thing you know, editorial changes will incorporate zero tolerance policies which are also in direct conflict with federal law.

We believe the definition of adulteration should not have changed.

In another move promulgated by the FDA, the feed term “common or usual” has been approved. This should mean that if you want to use an ingredient that isn’t specifically listed in the AAFCO OP (official publication), if it’s a common ingredient, you should be able to use it. Like cantaloupe. One caveat: CBD and hemp products are specifically NOT allowed in animal food at this time, even though they are both common and usual. It remains to be seen of the regulators at the state level will support the common or usual argument. We will be testing the waters for a few of our members.

Update from the FDA/CVM: Inspections remain risk based – for our raw manufacturers, you are considered a potentially valid risk, especially of you’ve ever been visited by the FDA before and found not to meet the zero tolerance CPG. Federal inspectors are concerned about their own safety and want to protect themselves from coronavirus just as you want to protect your staff.

Do you have language in your policies to address pandemic/coronavirus situations? Need help with specific wording? Contact the trade association for suggested language/policies.

Here’s hoping next year’s meeting is live in person – there’s no replacement for face-to-face discussions with regulators.