Can You Say Turkey? 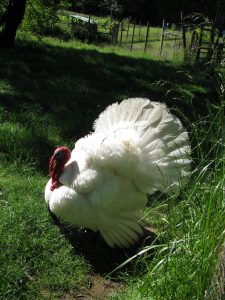 Under the Food Drug and Cosmetic Act, as well as the Food Safety Modernization Act, regulators, namely the FDA, USDA and state Departments of Agriculture, all have authority to sample foods for presence of “problems.“ Those problems can be anything from bacteria (presumed pathogens) to foreign objects to undeclared allergens. The idea is testing the end product is protecting consumers. But what it’s really doing is misleading consumers because the targets are specifically selected to

A little topical exploration will make this clear.

Thanksgiving 2018: turkey for human consumption experienced a recall.  People were sick. Thanksgiving 2019 brought numerous news warnings to help people protect themselves from possibly tainted turkey; there was no recall.

Concurrently, in 2018, it was found some raw pet foods, which were sourced from the same raw turkey distributors/ growers as the human food, contained some bacteria. (The same bacteria found in the product being shops for human consumption and making humans sick.) While zero pets and zero human pet owners were sick from eating or handling the raw turkey pet food, the raw pet food company was pressured into a recall.

There was quite an uproar in 2018 – people’s Thanksgiving was ruined because their turkey was “tainted” and people were sick/hospitalized – not a great way to spend the holiday. The pet food recall served to deflect some of the attention.

In 2019, there were fears of a repeat. There ended up being no turkey recalls but some humans were sick, this time from ground beef (there was also a romaine issue – so no Caesar salad during Thanksgiving 2019 either).

While all of this was going on, regulators started sampling raw turkey pet products from the stores in November 2019. In fact, even now, three months after Thanksgiving, regulators are still sampling turkey pet food (the trade association has received calls).

What I’m getting at is that regulators would rather find bacteria in raw pet food that’s made with the exact same ingredients as people food because they don’t want the pressure of a public outcry from “contaminated” meat for people. This way, the regulators are able to go after the turkey industry without upsetting humans about the human supply. But they also further their agenda of undermining the raw pet food industry.

I guess we see where the money has greased the wheel.